Assault is a violent crime, referring to a threat or action which places another in immediate fear of injury or death. You do not have to actually make physical contact with someone or hurt them in order to be charged with this offense. When the assault is between family members or persons who live in the same household, it also becomes a domestic violence crime.

Zeliff | Watson have spent over a decade and a half actively fighting for the rights of those accused of assault. As members of the Georgia Association of Criminal Defense Lawyers, a dedicated assault defense lawyer from our firm is ready to quickly meet with you and begin work on your case. The punishments for assault crimes are severe and we want to provide a hard-hitting defense for the legal battle ahead. 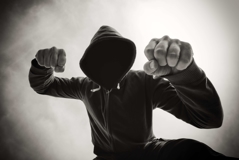 Georgia law divides assault charges into two categories: simple assault and aggravated assault. Simple assault simply fits the legal definition of “assault” described above—the threat of harm (which does not necessarily have to cause actual physical harm). It is a misdemeanor. However, aggravated assault is a felony due to the factors that make assault worse (i.e. the aggravating factors).

Aggravated assault is threatening or taking action that causes someone to fear for their physical safety, but with certain other elements involved. Aggravating factors can include whether or not a person has a weapon during the assault, whether the attempt or threat of force was used to commit a serious crime, or if the victim of the assault was protected or especially vulnerable.

The Penalties for Aggravated Assault in Georgia

As a felony, conviction for aggravated assault carries more penalties than a simple assault charge. Enhanced prison sentences, enhanced minimums, and higher fines are only the start of it. If the assault is committed during the commission of another crime (e.g. robbery of a commercial vehicle), you’re looking at 5 years in prison minimum and up to $200,000 in fines.

Georgia utilizes longer sentencing minimums for certain types of relationships between the victim and the perpetrator that is especially damaging—compelling the law to consider it a more serious crime. Aggravated assault of the elderly, the mentally disabled, and the otherwise incapacitated is more harshly condemned by the law. Aggravated assault of police officers or government officials also leads to longer minimums—between 3 and 10 years, depending on the victim.

We work aggressively to locate and use any errors by law enforcement or prosecutors to get the charges against you dropped, reduced or for an acquittal if your case goes to trial.