What Are the Different Types of DUI Offenses in Georgia?

Get Started with Your Free Consultation!

Georgia Driving Under the Influence Penalties

If you are convicted of the DUI charge and it is your first offense, then you will be subject- at a minimum- to all of the following as part of your sentence:

The State of Georgia now looks back at your criminal record over the preceding ten years to determine how many DUI convictions you have incurred. If you have had a previous DUI in the 10-year period before your 2nd DUI arrest, your minimum punishments are greatly enhanced.

Remember too, these are just minimum punishments- nothing prevents a prosecutor from going above minimum thresholds and they commonly do. Second-offense DUI convictions carry:

In Georgia, a 3rd DUI offense in a 10-year period is treated as a misdemeanor of a high and aggravated nature. If you are convicted of a 3rd DUI, Georgia courts are required to sentence you to a minimum of:

If you are charged with and convicted of a 4th DUI, in a 10-year period of time, you are facing felony punishments under Georgia law. Those punishments are:

As with all DUI convictions, felony DUI means that a notice of your conviction will be published, along with your booking photograph, and that you will bear the $25 cost of that notice. This is in addition to whatever fine is assessed against you as part of the punishment. 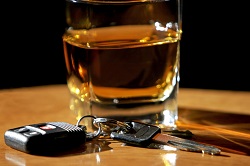 Auto accidents involving alcohol are responsible for thousands of injuries and deaths annually. In an effort to reduce the number of DUI offenses that take place in our state each year, as well as the accidents that often follow, law enforcement officials and prosecutors are aggressively pursuing and punishing those that do commit DUI crimes.

Unlike many other criminal offenses, DUI laws are written to place strict liability on offenders. It takes vigorous defense in a DUI case to clear a defendant of wrongdoing. If you have been arrested for DUI, you do not want to face your charges alone, as you do not have a chance of an equal fight. You will want to retain an experienced attorney who can utilize effective defense tactics in court in an effort to obtain the reduction or elimination of your charges.