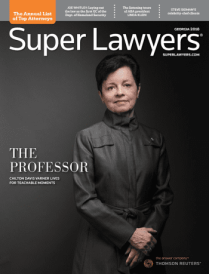 Zeliff | Watson proudly announces that partner Evan Watson has been selected to the annual list of Rising Stars, published by Super Lawyers Magazine for 2018. Unlike many other legal accolades, Super Lawyers selects attorneys using a multiphase selection process that combines peer nominations, evaluations, and independent research, making it widely regarded as the gold standard in recognizing those lawyers with the highest accolades in the industry.

For 2018, Evan is continuing to focus his practice on courtroom litigation; that is, trial work. In February, Evan led two cases to "not guilty" verdicts, both in Forsyth and Fulton County courts. Evan's Fulton verdict was handed down despite the State of Georgia introducing video evidence of his client "failing" all field sobriety tests administered, and showing the jury three failed official breath tests that all came back at almost twice the legal limit. In his closing argument, Evan refocused the jury on the quality of evidence presented, and urged them to not simply follow what, perhaps, would be their knee jerk reaction to convict based on the failed breath tests. Apparently, the jury listened, because the verdict spoke volumes.

If you have a legal dilema that you know will end up in court, needing the highest quality representation, give us a call today and ask for Evan. He will happily take the time to discuss your particular case and how we can help.